From Producers.wiki
Jump to navigation Jump to search 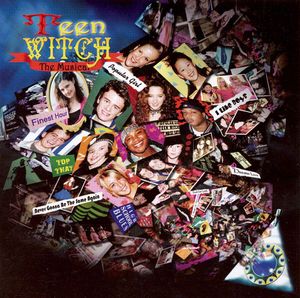 Teen Witch the Musical (2007) soundtrack album was released as a precursor to a Broadway-bound musical, based upon the ongoing popularity of the musical offerings of the film, Teen Witch (1989).

With disappointing box-office returns from Teen Witch, the master audio tapes were lost by the time that demand for a soundtrack release had become apparent.[1] Thanks to cable television rebroadcasts, the film was drawing midnight theater audiences. Alana Lambros suggested that Teen Witch should be adapted for the stage.[2] In contrast to the film production, the actors would also be required to sing their respective musical numbers in a theatre production and appear to be high school students, eighteen years after the film release. Some fans resisted the re-casting[3]

With royalty checks rolling in from cable television screenings of the movie, the stage-play went into workshop with three planned versions of Teen Witch the Musical. The first version would be a concert venue, followed by a theme-park version for Universal Studios and then a Los Angeles premiere with Broadway aspirations.[2]

Teen Witch the Musical on Allmusic