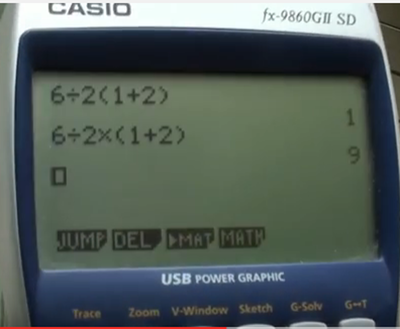 Note Even more puzzling is that incorrect solvers will cite PEMDAS and then suspend it, doing the addition within the parenthesis before multiplication. Rather than correctly distributing the multiplication across the parenthetical term. I.e., 2(1+2) == (2 * 1 + 2 * 2). (See the Distributive Law below.)